What would it take for museums to become catalysts for radical climate action? In the run up to COP26, eight teams from around the world were invited to develop their submissions to the Reimagining Museums for Climate Action competition for an exhibition at Glasgow Science Centre.

The exhibition opened to the public on 25 June, but you can view the eight ideas below, and explore further concepts submitted to the competition in the 'Concepts' tab above. Further details on the exhibits will be added to this site before and during COP.

The diverse proposals gathered here suggest that museums have a vital role to play in shaping a more just and sustainable future for people and the planet.

What if museums became centres for community-led climate research and action?

What if museums were small places that supported communities in addressing local climate challenges and actions?

What if Indigenous lands were thought of as a kind of museum for climate action?

What if museum buildings themselves contributed to real climate action, through their material fabric?

How can museums support the move to climate-friendly technology and lifestyles?

What if museums and society were forced to confront their role in climate change?

Elephant in the Room

How can people curate their own climate information, to support climate action?

What if people gathered their own collections and information to support dialogue and climate action? 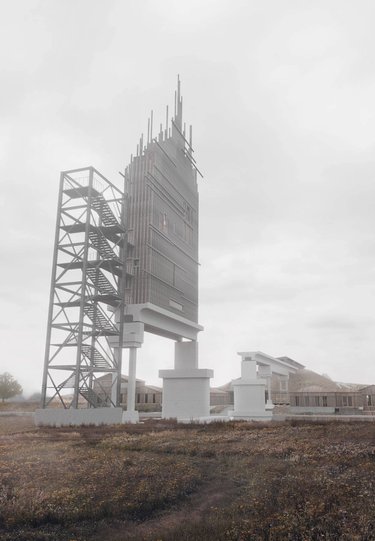 The Reimagining Museums for Climate Action exhibition first opened at the Glasgow Science Centre in June 2021, running through until mid-October 2021 and being seen by around 60,000 visitors. It re-opened on the 31st October 2021 as part of the official UNFCCC COP26 Green Zone over the two weeks of the UN Climate Change Conference from 31st October to 12th November, during which time it was seen by another c.60,000 visitors.

The exhibition was also featured as one of “Five incredible ideas from the COP26 Green Zone” as part of the COP26 Virtual Green Zone, hosted by Google Arts and Culture, which will remain live as a virtual artefact of the exhibits and the activities which took place there. RMCA team members participated in a number of events in the COP26 Blue and Green Zones, presenting a virtual plenary panel from COP26 for the Museums Association Conference on the 9th of November and co-organising the panel “Powering climate action through heritage policies, organisations, research and public programmes” which took place in the EU Pavilion on the 11th of November.

During the two weeks of COP26, volunteers from a number of different organisations helped the RMCA team to engage with visitors by asking “What if museums…?”, collecting their ideas about how museums might change to empower them to take the form of climate action they, and the groups they represented, would like to take. The slide carousel above presents a range of ideas which we collected from visitors to the Green Zone during the time of COP26, providing an additional set of concepts and ideas for museums to consider in taking radical action for climate.